The displays inaugurated in buildings no. 3 and 4 of the former “Duca delle Puglie” barracks in via Cumano 22-24 on July 28, 2014 constitute the first part of the overall “Diego de Henriquez” War Museum for Peace within the same complex as houses the Natural History Museum. Diego de Henriquez’s aim of offering a strong indication of a comprehensive approach to the issue of war, aimed at overcoming the very concept of conflict in the name of a conscious humanitarian striving towards peace is thus taking form.

This is not a “war” museum in the common sense of the term, but a museum of 20th century society in conflict with its own demons and horrors, on the long and hindered journey towards a yearned-for, lasting peace. 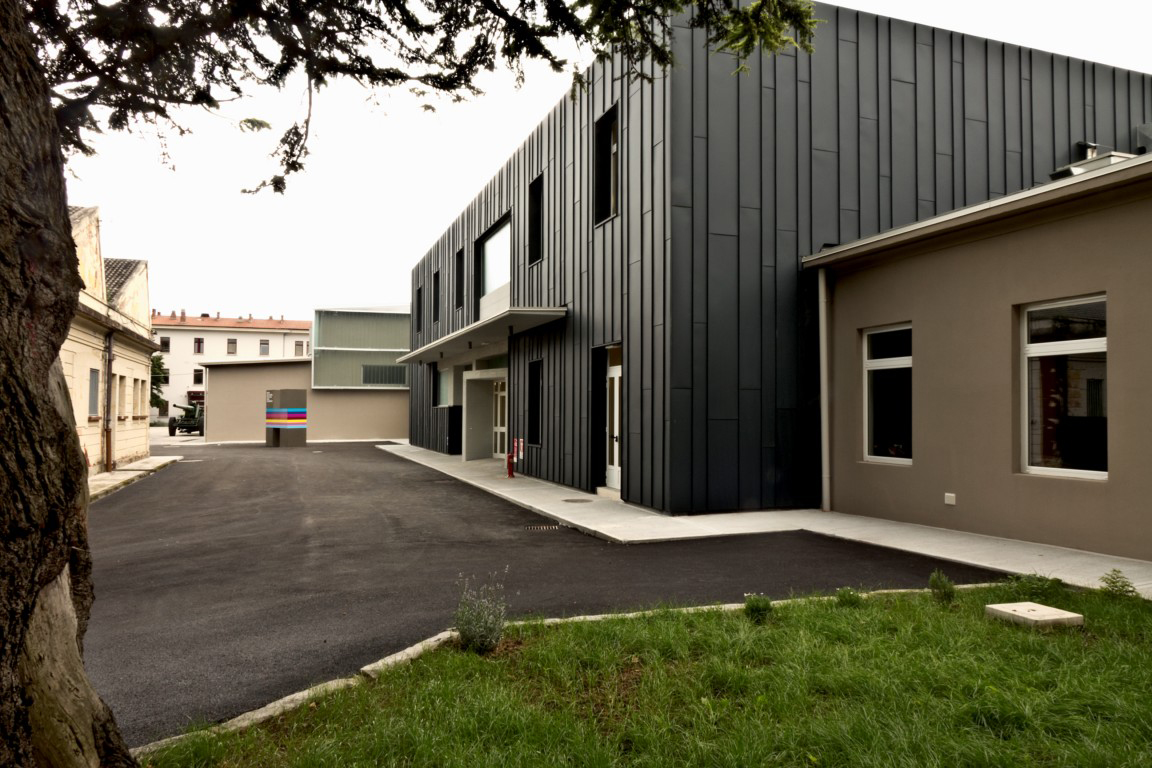 The exhibition currently open has been inspired by the hundredth anniversary of the outbreak of the Great War celebrated in 2014. Passing through the entrance, where two late-19th century firing tests on armoured metal plate anticipate the themes of the atrocity of war and the technological efforts always undertaken by humankind for its conflicts, the ground floor of the large hangar 3 introduces the visitor in the permanent display entitled 1914-1918 the funeral of peace, dedicated to the history of the First World War.
A large part of the space is given over to large-calibre guns and vehicles from the period, accompanied by explanatory texts, and is divided into different sections marked by progressive numbers; by following these in order, visitors can discover more about the most important issues of the war, thanks to the use of infographics.

The first section, which picks up on the name of the whole display, is dedicated to the assassination in Sarajevo and the funeral procession accompanying the bodies of Franz Ferdinand, heir to the throne of Austria-Hungary, and his wife Sofia Chotek, along the streets of Trieste from Piazza Grande to the Meridionale (Southern) railway station.

Moving left, after exploring the World at war in section 2, we retrace our steps towards the right of the hangar entrance to visit the interesting sector 3, dedicated to Propaganda, where the centre of attention will be the interesting coloured posters and a jacket that once belonged to the Emperor Franz Joseph. This is followed by the large section 4, Trench warfare in which are analysed the weapons, equipment and tools used by soldiers in this particular type of war of position, so typical of the First World War. Here, as in the rest of the display, enlargements of extremely striking images add detail to the many topics investigated (Assault, Gas, Life in the trenches, Letters from the front, War wounds, Soldiers) on the panels marking the itinerary. Crossing the hangar towards the glass panels, we find section 5, which begins alongside the Italian Ansaldo- Fiat 1ZM armoured car with its tricolour-painted turret. This section invites reflection on the important topic of Industrial warfare and in particular on the inevitable increase and intensification of war production during the war years.

Section 6 illustrates one of the saddest pages of Italian history, namely the defeat at Caporetto of October 24, 1917, and all that ensued: here, one of the four video stations distributed along the itinerary enables us – through original film of the time – to witness the tragedy of that event and the desolation and sense of loss of the Italian soldiers. The visit on the ground floor ends with section 7, The last front, describing the final stages of the conflict up to the battle of Vittorio Veneto, and the conquest – for the Italians – of the cities of Trento and Trieste, together with the armistice of Villa Giusti.

A door set into a wall with bright colours symbolising harmony between peoples leads to the floor above, where the numbered sections continue. Number 8 opens an interesting parenthesis on Trieste at war, 1914-1918, divided into several sub-sections that outline the history and fate of the city from the period immediately before the outbreak of war until its end: 1913, last year of peace, 1914, July 26th, 1915, May 23rd, Life in wartime, 1918, November 3rd. 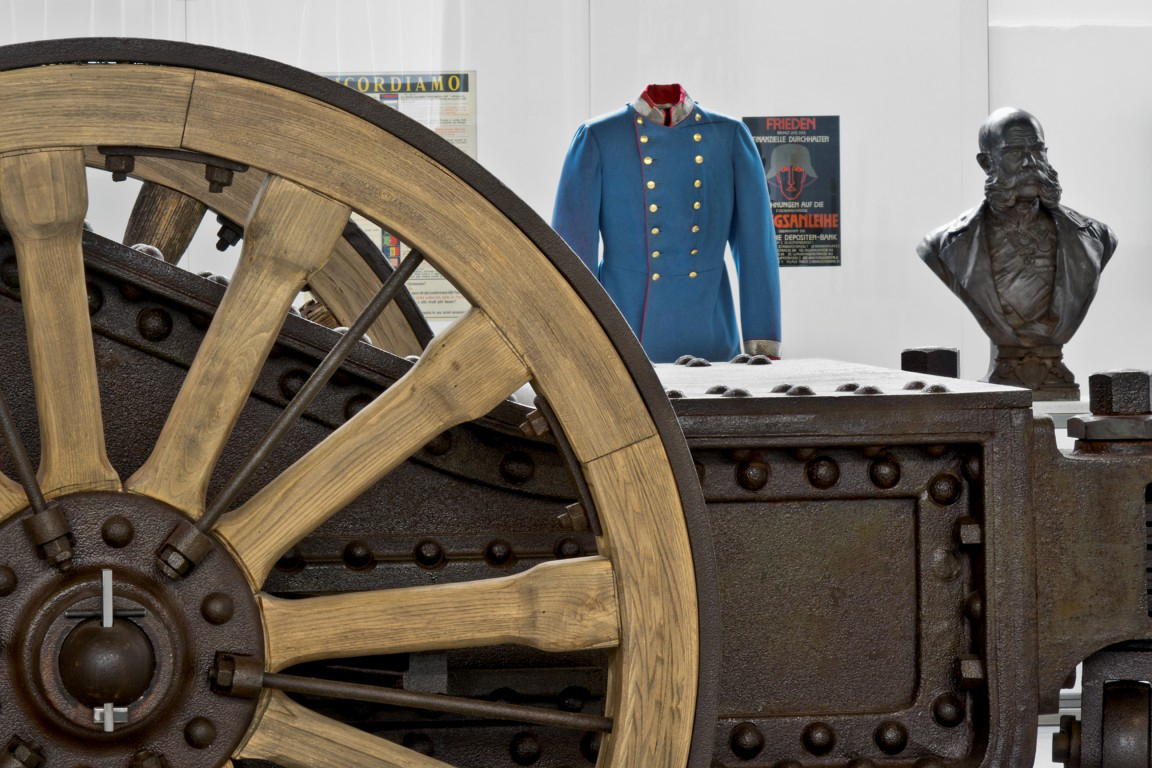 The next sections 9, 10, 11 and 12 offer topics of great interest and constitute an anticipation of what, along with many other topics will be discussed in a more comprehensive manner in the exhibitions in the two hangars whose display is presently being designed. These are Trieste under Fascism, 1939-1945, Trieste at war, From Allied Military Government to Italy, De Henriquez and his Museum. This last section focuses on three important periods in the life of Diego de Henriquez, which are inseparable as regards his activities as collector: his youth, from the time of his birth (Trieste, February 20, 1909) to employment in Adriatica di Navigazione; a later period from his being drafted into the army in 1941 with the XXV Settore di Copertura Timavo at what is now Pivka (Slovenia) to administration of Trieste by the Allied Military Government, passing through Italy’s surrender on September 8, 1943 and the negotiations for surrender on the part of the Germans in early May 1945; the third and last period, From the post-war years to the present, which ends with the tragic death of de Henriquez (Trieste, May 2, 1974) and the subsequent fate of the collections to the present day. Two panels offer a concise overview of The century of war, highlighting the most significant conflicts from 1894 to 2016, and lead to the last room, used for temporary exhibitions. From there, through a corridor and a foot-bridge, visitors will reach the rooms with the new dislplay. 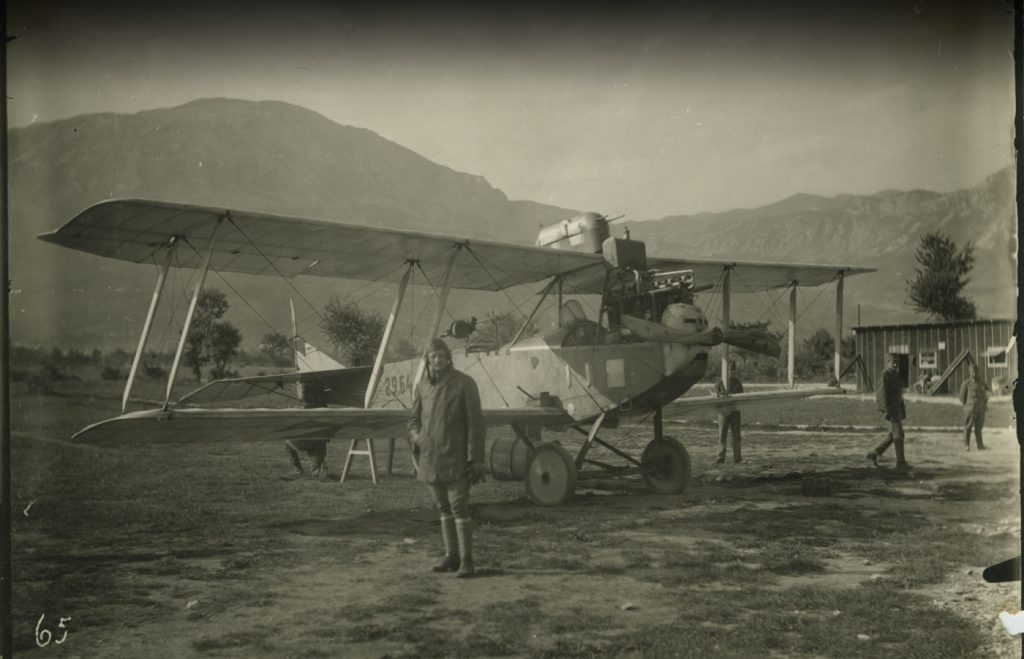